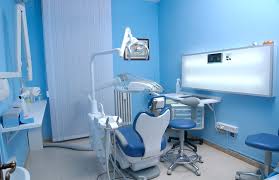 The gums are very sensitive and important part of our body and they can say a lot about our state of health. Healthy gums have a pink colour and a turgid and tense structure, while if they become red or even if they are sore or bleed, it may indicate problems of different nature.

For this reason, it is crucial not to neglect the health of our gums and observe them when we brush our teeth.

The gums may be affected in particular by our diet and lifestyle. An excessive consumption of sugar and acidic foods can cause an irritation of the gums and make them ache.

Tobacco is a major cause of sensitive gums and gum disease. One of the most important things is the use of the toothbrush. Dentists generally recommend choosing toothbrushes with soft bristles, do not brush too hard and use the proper technique.

When you brush, make sure you use gentle, circular motions to massage and clean the teeth and gums.

A back-and-forth motion can irritate and damage your gums, making them sore and more likely to bleed or recede.

At the same time, even flossing technique is crucial.

Be gentle when you floss and rather than forcing the floss between your teeth, carefully slide it up and down, following the curve of each tooth.

The dentist and the dental hygienist can help us to correct techniques for cleaning the teeth and to improve nutrition and bad habits.

Sensitive gums may also result from hormonal changes, especially in women. The period of pregnancy or menopause may involve gum pain. Even season passes can cause irritation and bleeding gums.

Dental braces, retainers, dentures and mouthguards can push on our gumline, but this sensitivity will probably go away as the mouth adapts to the appliance.

Sore gums, red or bleeding, however, can also be caused by diseases, such as ulcers, gingivitis or periodontitis.

Ulcers may appear at any point of the mouth and are often associated with a reduction of the immune defences. Typically these outbursts go away by themselves.

Gingivitis and periodontitis are widespread diseases of the gums often due to poor oral hygiene; these conditions require immediate action by the dentist, given that if neglected can cause the recession of the gums and the tooth loss.

In particular, periodontitis are a consequence of not treated gingivitis and are considered very dangerous.

Every time that our gums become sensitive, are red or bleeding we should not underestimate the condition. If we consult our dentist right away we can easily solve the problem and avoid more serious hassles and expensive treatments. 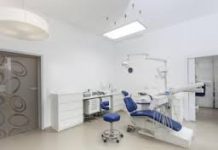