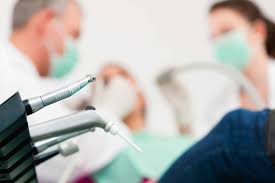 Amalgam or silver filling is a material commonly used for filling the treated teeth. It is widespread especially among adults because it is inexpensive and allows to fill the teeth, most of all the molars, from which it was exported a large part to remove cavities.

After the dentist removes caries from the tooth, the hole that derives from it must be filled with a material which ensures a long service life and sustains the force required for chewing, especially in the molar teeth. For these reasons, the amalgam has always been used. But today the debate on the healthiness of amalgam is on and there are always more people who ask that these silver fillings are removed.

This is because the amalgam is composed of one powder part, an alloy of various metals, and a liquid part, the mercury, which binds together the powder and which allows the amalgam to be modelled and then harden. Amalgam is also called silver filling because of its colour.

Mercury is an element that is commonly found in nature, but which in certain quantities may be harmful to living beings, then today both patients and many dentists avoid using it.

Given that mercury is a volatile element, which can give off noxious fumes if overheated, the procedure to remove the fillings is very delicate and must follow a particular protocol to protect the patient’s health and the health of the dentist and medical staff.

The IAOMT (International Academy of Oral Medicine and Toxicology) for example has developed safety recommendations for removal of dental mercury amalgam fillings, including detailed protective measures that are to be utilised for the procedure.

The protocol provides, among other things, masks and protection for the patient, the doctor and staff, an air filtration system for every room that contains mercury, the presence of a window open during the removal process, water irrigation.

During amalgam filling removal, the dentist should utilise an at source oral aerosol vacuum in close proximity to the operating field and an amalgam separator should be installed to collect mercury amalgam waste.

These are just some of the precautions to be observed to make a removal procedure amalgam safe for people and the environment, but there are many others.

Every person who wanted to remove their fillings and replace them with those made of resin or porcelain can ask their dentist, who will assess the ability to perform the removal.

However, in any case, we must remember that all medical and dental associations approve the silver fillings and argue that the amount of mercury used is not harmful to health.