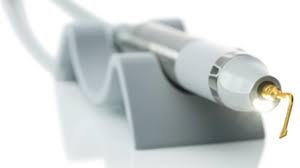 Periodontal diseases (also known as ‘gum diseases’) are very common disorders that affect many people. They interest periodontal tissues, the tissues that sorround theet, such as alveolar bones, cementum or gingiva (gum). There are different forms of periodontal diseases, from gingivitis to peridontisis and they can be caused by different factors, even if they are all of bacterial origin.

Mouths house many bacteria that usually live in balance with human body; these bacteria form plaque around theet that is usually removed by an adequate oral hygiene, by brushing or flossing.

Sometimes it can happen that the oral hygiene it’s not appropriate or that the immune system is weakened so this kind of situation can became more severe: plaque can harder and became tartar, that is more difficult to rid of and only a dentist or a dental hygienist can do that. Gingivitis are considered the first or the middlest form of periondotal diseases, they are inflammations of the gums caused by bacteria and their symptoms are: red gums, swollen and easily bleeding, bad breath and painful chewing.

Periodontal diseases can be treated in different ways, depending on the extent of the gum disease; it is also possible that a periodontist, a dentist specializing in the diagnosis and treatment of periodontal diseases, would co-operate with dentist or a dental hygienist. Plaque can be removed through deep-cleaning method as scaling and root planing, but sometimes surgery can be required.

Doctors say that at any level of treatment is important that the patient keep up an adeguate oral care at home, washing theet and tongue at least two times a day and do regular check-up.

The goal of treatments is to control the infection, reach periodontal health and a functional and esthetic results.